General information:
Long-favored for use in erosion control along beaches, Australian-Pine Tree is now outlawed in many parts of Florida due to its invasive nature, rapid growth rate, and non-native status. This exotic species is not a pine but an angiosperm (flowering plant) that has photosynthetic stems with small whorls of leaves found at the joints of these stems. Its cone-like fruits embody winged seeds that are about ½ in. in diameter. Australian-Pine has what appear to be long, soft, gray/green needles but these “needles” are actually multi-jointed branchlets, the true leaves being rather inconspicuous. These “needles” sway gently in the breeze and give off a distinctive, soft whistle when winds are particularly strong.

There are 45 species of the genus Casuarina, pronounced Casuarina (cas-you-a-ry-na).

Australian pine is native from Southeast Asia to northern Australia and the Pacific, but it has been planted and has naturalized on beaches, berms, and similar open coastal sites in tropical areas throughout the world. In its native region, Australian pine occurs in habitats ranging from subtropical thorn scrubland to wet forest. The trees grow best in slightly uneven topography where holes and swales hold rainwater reserves.

This tree can reach heights of over 100 feet. Australian pine often grows 5-10 ft  per year and has been known to reach 30 ft in two years. In Florida, the usual life span of an Australian pine is 40-50 years, but there are reports that they can live hundreds of years in parts of their native range.

CULTURE:
Australian pine prefers sandy soils, but saline, calcareous, rocky, volcanic, granitic, or just plain poor soils are all okay. The pH can be anywhere between 5.0 and 7.7. Since this species forms symbiotic nitrogen-fixing associations with soil microbes, it can grow on nearly sterile sands, though it does appreciate fertilizer. It even seems tolerant of some types of soil pollution, occurring around cement plants and on tin mine tailings. The trees respond well to pruning and can be shaped into a hedge. Grafting is also feasible and it is possible that grafting non-seeding species of Casuarina onto the non-suckering C. equisetifolia rootstock might yield an acceptable non-invasive plant for salt barrier hedges.

HISTORY:
The Australian pine migrated to the U.S. from Australia and the East Indies in the 1800. The quick growing thick umbrella of leaves offers impenetrable shade and quickly secured itself by competing auspiciously withnative Florida vegetation, such as mangroves and cypress. Early settlers and big landowners favored the exotic and planted it widely for ditch and canal stabilization, lumber and shade purposes. They also believed it would offer relief from seasonal floods and help reduce the marshes.

WHY WE DON’T LIKE THEM:
The Australian pine’s most significant footprint is evident along Florida’s islands and shorelines, through it’s intrusion of areas that have tolerated soil erosion and soil disruption. The lack of inhibiting factors in Florida allow the Australian pine to multiply in numbers at such a fast rate that they become unmanageable. When this exotic species takes over an area and becomes unmanageable, native Florida plants and animals are forced to compete for food and space. Diverse native shore species found along beaches dramatically decrease, are less rich in types of species, are less complex in food web structure and have less potential to adapt to changing conditions, making it difficult to grow where the exotic is dominant. The Plant Conservation Alliance names this species as an Alien Invader. Casuarina pollen can cause allergicreactions such as respiratory problems, eye irritation, rhinitis, and/or hoarseness.

This resilient exotic disturbs native beach vegetation, dunes, and animal species by modifying the light, temperature, and soil chemistry administration of beach habitat. The thick shallow root system of the Australian pine produces nitrogen and enables it to grow in nutrient poor soils, such as salt or brackish waters. Due to the trees root system the Australian pine can easily get uprooted and blown around by hurricanes and strong winds. This can lead to beach and dune erosion and disruption of sea turtles nesting season. Native trees anchor and shelter shorelines protecting them from hurricanes.

POSITIVE USES:
Australian pine is extremely salt resistant and is often used as a windbreak or barrier or to provide beachfront shade or privacy. It may also be trimmed into a hedge or dwarfed in the greenhouse as a bonsai tree. The trees are widely cultivated for erosion control and soil nitrification. The pulp has been used to make paper. The wood is so exceptionally hard, strong, and heavy that it often bends sawblades and nails. It is durable in saltwater, but it is very susceptible to drywood termites, rots easily, and resists wood preservatives. It is brittle and prone to crack, split and shrink. It is nevertheless used for fenceposts, poles, beams, pilings, and the like. Australian pine makes an outstanding fuelwood and is recommended for biomass energy plantations. The wood has been used for powering locomotives and firing brick kilns. A decoction from the astringent bark has been used as a remedy for diarrhea, beri-beri, sore throat, cough, headache, toothache, sores, and swellings. Extracts from the bark are also used for tanning hides and staining and preserving fishing lines and fabrics. The wood ash has been used to make soap. The “cones” are used in novelties for the tourist trade. Makes excellent Bonsai material. 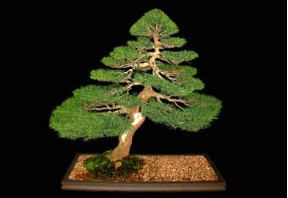 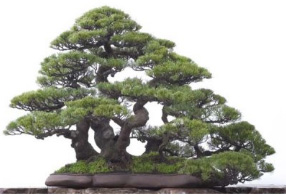